or, as Charles Darwin wrote “…survival of the fittest”, not “…of the strongest”

The words of Darwin have proven to apply not only in nature, but also in business life. Examples abound of companies going down because they didn’t realize that the world around them was changing or because they were too slow or rigid to adapt even if they did realize that the map had been redrawn.

This blog post is the second in a series of six on the topic of benefits for companies and their employees of communicate transparently and to collaborate online. You find the initial post here in English and here in Swedish “As the wheels turn faster, people are more important than ever before”. The rest of the series, including this post, focus on each of the five key factors listed in that blog post:

As I wrote and exemplified in the initial post, the speed of change today is scary… or thrilling, depending on who and how you are. Either way, it’s frantic! And unpredictable. Through the internet and globalization, you can never know what the next big thing will be or from where it will come. Who would have believed, only two years ago, that the possibility of sending self-erasing messages between mobile phones would be the hottest thing around and generate a business valued at 10-20 billion USD? I’m referring to Snapchat. Or that Sub-Saharan Africa would be a Global leader in mobile payments?

In such an environment, having lightning-fast intelligence can be the difference between survival and succumbing, or flourishing. The challenge of the traditional methods is that the trends are old already when the printed report arrives on your desk. No, it’s better to learn from flock animals, to use the “wisdom of crowds”. The greater the number of scouts, the greater the chance of one of them noticing something relevant. Through the internet and public networks, every associate, business partner or customer is a potential trend scout who can identify new possibilities, ideas or threats.

This can be amplified, of course, but using tools for social analytics. However, in spite of the speed and power of those tools, they still depend on a limited team asking the right questions. Using the wisdom of crowds, you get as many scouts and analysts, all of them with some understanding of the company and the business.

But how do the observations reach the right person? and generate response?

Scouting is not enough. How can the scouts communicate their findings? This is where platforms for open communications and collaboration make the difference. Unlike companies using traditional methods for communication, where employees are stuck with email and their existing network of contacts, the scouts in a company using modern tools can instantly write an update in a relevant community, on their profile, on a profile of someone else (or all of the above) for all to see, comment and pass on to the right audience. Relevant business intelligence can spread as fast internally as bloopers and cute cats do on the public internet.

Once the intelligence have reached the relevant audience and they have decided on a suitable response, this response can spread just as fast throughout the organization – unchanged.

A telling example is how the global HR function of IBM did a 180° policy change in less than 24 hours, due to the widespread and vocal support of a 26-year old associate who complained in public about his Uber expenses not getting covered due to an internal policy. (Business Insider UK: How a 26-year old caused IBM to abolish its ban on Uber)

Benefits of personal agility for employees

Transparent communications and online collaboration doesn’t improve agility for companies alone, but also for their employees. The ample access to knowledge and experience opens up possibilities like never before to build your competence in areas you’re interested in or curious about, without having to ask for approval or budget. If you want to invest you own time, or time between tasks, is up to you, and the information is there to grab.

Transparency opens the possibility of showing what you’re made of, preferably simply by helping colleagues in areas you happen to be good at or have experience of, thereby building your reputation as not only knowledgeable, but helpful too. Suddenly you can get recognition for the expertise you have always had, but only your closest colleagues was aware of. Who knows which doors it may open?

The benefits come with use, not just from deploying a system

Naturally, implementing an system for online collaboration doesn’t automatically make everybody change their way of working. It makes it possible and easier. To make it happen takes a transformation effort in the organization. If you’re curious about how to drive such a transformation project, I suggest you read this white paper: “Best practices for establishing a new way to work”

If you have more examples of organisations or individuals reaping benefits of online collaboration or of working transparently? Questions or objections? I encourage you to comment below.

Originally published in Swedish here, on the Smarter Planet blog of IBM Sweden 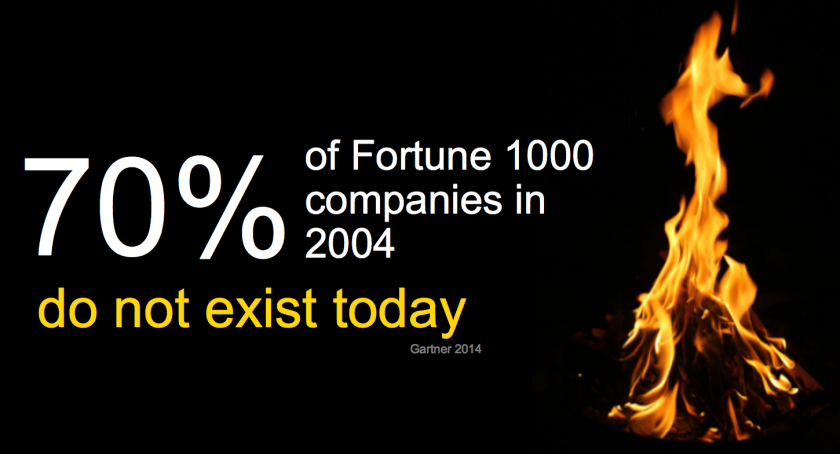 Enabling People-Powered Businesses by developing leadership, motivation and collaboration for employee engagement. Now as independent, previously at IBM. View all posts by TheSocialSwede

One thought on “Agility – More sensitive feelers and faster reaction”

Tweets by The Social Swede

1. On Topic in English